The decades-long feud of "recruiters vs. IT specialists" is almost as old as millennials that don’t complain.

Recruiters say that developers are snobbish geeks with weird demands and an unbearable attitude.

Developers think that recruiters are unprofessional, love to gossip, and have a long list of promises that they have no intention of keeping. This circle of mutual discontent is genuinely vicious.

And no matter how complicated the hiring environment for the IT market gets, it is developing faster than ever before.

This means that the competition among recruiters is getting more fierce with each passing day. That is because the number of hiring agencies and companies interested in developers is growing much faster than the number of available developers looking for a new job/relocation/side gig.

How do you make sure you are the one recruiter IT people remember and respond to?

The answer is a predictable one: don’t make the mistakes other recruiters make.

Below we have collected the most typical mistakes recruiters make when interacting with developers, along with recommendations for how to avoid these mistakes and be that one 'sane recruiter' who truly understands.

These recommendations were formed thanks to the multiple complaints we've heard from developers over the past couple of years. All of them were open to switching their place of work but struggled with the recruiting process.

1. Stick to your interview plan

Before interviewing with a candidate, every recruiter sketches out a сertain plan. And it's good when the conversation goes according to plan and the questions flow naturally.

But sometimes, the candidate wants to dwell more on one of the topics they find meaningful. It is crucial not to interrupt them but to subtly direct the conversation back to the subject at hand.

When a recruiter abruptly cuts off a response or stops a candidate's speech, it's unpleasant. Don't do that. Otherwise, even the most suitable specialist will lose the desire to work in your company because they’ll think their voice has no value.

2. Don't try to predict the outcome of the interview

If you take pride in being able to predict what a candidate might tell you at one point or another, it’s probably because you’ve heard the same reasoning, career aspirations, hopes, and fears of candidates many, many times.

But the mistake is when you can predict your candidate's responses a few steps ahead, and as a result, you stop listening to them. And when you stop listening, you lose control of the essential functions of the interview: research, filtering information, and questioning the candidate.

Process automation is indeed the next big thing, but you'd better leave it to managing your paperwork and invoicing. People will always appreciate a human approach.

If you send out the same template to everyone you've managed to search and prioritize on Linkedin — they'll know. For starters, it's a small world of software development, and developers share their hiring experiences. Don't be that creep who is spamming everyone on the same day with the same punchline.

Spend some 10-15 minutes on the potential candidate's page. Looking up their Facebook or Instagram is not a crime either (unless you start liking personal photos). A bit of the old human touch is always appreciated, as long as you do it appropriately.

4. Don’t be too informal

That's the opposite of being a bot.

The IT world is known for being informal. Its CEOs even wear washed-out no-name T-shirts. Its corporate parties tend to be on the wilder side. Being casual does not mean you have to be that crazy neighbor on the block.

Always remember that you are talking to high-tech professionals. These guys studied hard, invested thousands in their careers, had their fair share of sleepless nights — show some respect. "Dear Mr. So and So" would be too much, of course. But starting a hiring conversation with "Wazzup dude" (a true recent story from a Linkedin convo!) is even worse.

Unfortunately, the problem tends to escalate when you ask too many personal questions.

Ok, sure, the recruiter should be friendly, and small talk is always the perfect ice breaker. However, choose your topics with caution. Until you know your candidate well — asking about children, parents, living situation, it’s probably not the best idea. There is always the risk of digging up some real drama there. If you need an ice breaker during an interview, go for the usual — weather, latest movie hits, or favorite seasonal drinks at Starbucks.

Candidates who have been interviewed for technical specialties sometimes report that the recruiter has "floated" in the topic and asked questions that were already answered. This isn't very pleasant and irritates candidates.

If you are not entirely familiar with the subject, invite a colleague who is well-versed on the topic or consult with those in the know beforehand. Find out the meanings of terms that may come up in conversation and arm yourself with at least a surface-level knowledge of the subject.

We are pretty sure this was covered in Recruiting 101, but many recruiters still make these mistakes again and again:

First of all, if your candidate did not get the job — let them know as soon as possible. Do not leave them hanging for an indefinite amount of time. Don't waste other people's time and they won't waste yours.

Secondly, do your very best to know how long the hiring process will be in advance. If you know that the manager you are working with is overloaded — tell your candidate that the final decision might take a while.

Some candidates are more than ready to wait a couple of months if interested. Others may not have this luxury. False promises are the worst.

Of course, there are many examples of mistakes and tips, so much so that they would number in the dozens or hundreds of pages. We'll talk more about this in future articles. To save you from information overload, the long list of recruiting do's and don'ts can be reduced to a single word — empathy.

You don't need to walk a mile in a developer's shoes. Just imagine you are being hired, not hiring. Would you rather be the recipient of baby talk or the shoulder-slapping attitude from a stranger?

Would you entrust your career choice to someone who thinks that Java and JavaScript are the same things? Probably not.

Hiring is a stressful process in itself, even for the most experienced professionals. Recruiters are there to minimize stress and make the employment negotiation process comfortable for everyone. That’s why empathy is a recruiter’s best friend.

P.S. Perhaps, you want to delegate your recruitment processes? Be sure to contact us, we can help you with that. 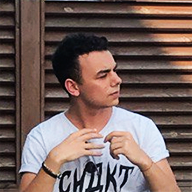 Author
Shad Paterson
About author
Shad's been a digital nomad since he was 16, living and working remotely. After working in marketing and selling crap to people constantly, he decided to change his life and do something good. Now he helps other people transform their lives, by landing them high-paying jobs across the world.
Recent articles by the author
How to find and not lose the perfect IT applicant during the hiring process
How to make a job offer that will not leave any candidate untouched
Why hiring a skilled IT professional in 2021-2022 is so complicated
“10X Engineer” VS “1X Team Player”: How to Make a Choice that will Benefit your Company
How to Win and Retain Top Tier Candidates
How a Bad Hire Costs More than Money
Growth and Opportunity: A Case Study with Alex