Outsource Development To The Best Talent in Ukraine

Outsource Development To The Best Talent in Ukraine

A frustrating thing as a start-up is knowing you can’t afford to recruit expert engineers to build your product. There aren’t enough candidates to fill the demand for talented software engineers.

Now more than ever, if you want to launch or scale in 2020, you need an all-star development team. However successful companies competing for the best minds in software are driving up the costs of hiring an in house team -  sky high. To break the Catch-22 and find a team of high-caliber that won’t bleed you dry, look beyond the continent.

Let’s imagine for a moment, a talented fictional entrepreneur named Steve. Steve lives in Brooklyn, NY. He works very hard, would like to get more sleep and loves his dog which he brings with him to the office every day.

Steve sets the bar very high for the kind of quality he expects from his product development team. He needs to build swiftly because he’s short of runway, and probably not far from Burnout.

Steve knows he doesn’t have the luxury of hiring fellow countrymen developers. But Steve still wants the best and brightest. So he takes his search abroad, looking for the team that can build and deliver his product.

He wants to outsource to countries with less expensive software markets than America and most of Europe.

He wants to find a country known for brilliant developers and evangelists. Those who would be swimming at the “deep-end” if innovation were a pool.

To avoid the struggle of overcoming language barriers altogether, Steve needs an English-speaking team, culturally not be too far off from his U.S. team.

Lastly, he needs developers that can build the MVP for 3x less than it will cost him to build that same product here onshore.

The country that Steve and many other (real) entrepreneurs are going with is Ukraine. It’s not difficult to understand why.

Ukraine*, conveniently located in Eastern Europe has the highest benefits to costs ratio you can find.

*has a time difference of only 7 hours with the east coast of the U.S.. and a difference of 2 hours from almost any country in Western Europe.

If you outsource to Ukraine and other countries in Eastern Europe the quality of work for the rates you pay is incredible and the demand for Ukrainian developers. is growing rapidly.

We’ve broken down the 3 main reasons to outsource your mobile, application or web development projects to Ukraine, especially if like Steve, your budget is only $15,000 to $20,000 Let’s dive in.

Kyiv, the capital of Ukraine, and the software capital of Europe is the first place you would think to look right? Nope. If your budget is less than $15,000-$20,000, look for regional talent, located more remotely across the country. Agencies in smaller cities will charge less to remain competitive while delivering work that is equivalent to what you would get from a capital-based agency.

Because these firms are remotely located they have fewer clients and a more personalized approach while the quality of talent and development work is equivalent to outsourcing agencies based in Kyiv. You can get more personalized attention as well.

Most well-paid Ukranian software developers earn less than halfof the average U.S developer salary. You can hire Ukraine’s best IT talent for less than half the cost of hiring locally.

Software will get built and deployed without the costs you would have in the US market. Outsourcing your app, mobile and web development to Ukraine will spare you the grunt work and exorbitant costs of hiring local developers all helping you scale faster.

Ukraine’s number of IT professionals is set to jump by 25% annually, compared to just 21% by 2028 in the U.S. Now is the outsourcing moment you should seize.

Startups and small companies with budgets under $10,000 or between $15,000 and $20,000 USD should seek out companies that offer turnkey solutions and a full range of services in Ukraine.

Ukranian web, mobile and app developers are some of the world’s highest-quality IT professionals. Ukraine is a top country for outsourcing software development projects be it mobile, app and web.

Ukraine is home to some of the world’s best software developers. Globally, Ukraine ranks the best in several development technologies, including first in C++ and Unity3D developers, and second place in JavaScript, Magento, and Scala.

Ukraine used to be the tech industry’s best-kept secret for outsourcing talent, now it has become a top outsourcing country for US companies for hiring mobile, app, and web development.

Make It In Ukraine

Outsourcing software development to Ukraine has experienced a lot of interest because of the crazy benefits and low costs, providing a rather sick alternative to hiring locally. Ukranian software developers provide award-winning, work at half the cost here at home.

The number of computer science graduates grows every year, as does Ukraine’s reputation as a leading software development talent pool.

With thousands of success stories, praise from entrepreneurs worldwide, if you want to build an incredible product or scale an existing project, you should make it in Ukraine. Drop us your email and get a free quote sent right to your inbox. 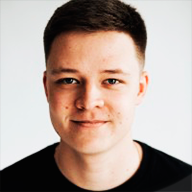