Everything You Need to Know About Progressive Web Apps in 2020

Everything You Need to Know About Progressive Web Apps in 2020

Should you develop a custom iOS and Android app for your business?

Or do you stick to delivering your services over a website? It’s a difficult decision in how much you’re able to invest in your app, and how good you want your user experience to be.

Let’s face it: accomplishing tasks using a mobile website can be a hassle – nobody loves mobile sites. But can you warrant the expensive development and maintenance process of both an iOS and Android app?

As it turns out, you can get a little bit of both worlds – app functionality, but without the cost.

Websites with a lot of spice

In other words, a progressive web app is like a mobile website but with some added spice – some added features. Yes, you access a PWA using a URL in a browser – but unlike a site, you can add it to your home screen.

A home screen icon is not the only benefit of PWAs. Let’s look at a few more:

•   Push notifications. Perhaps the most critical part of PWAs are notifications – notifications that work similarly to those of a native app. Anyone that knows anything about mobile apps will know just how essential notifications are.
•   App visibility. What’s more, PWAs appear in your directory of installed apps, too – making them much more accessible and more visible. It’s handy for users – and businesses also know that they have a permanent presence on their customer’s handset.
•   Offline functionality. A moment without internet access – a tunnel, or when a data package runs out. PWAs can allow offline functionality. Unlike a website that won’t respond when a mobile device is offline, a PWA can enable users to work offline.
•   Screen real estate. Unlike a typical web app, a PWA can get better access to a user’s screen – so the app uses more screen real estate without the various bits and pieces that make up a web browser interface. PWAs can also use a splash screen display.
•   App updates. One thing that’s nice about a PWA is the fact that a progressive web app can update itself independently – just like an app store app. You can readily add new PWA features when you need to.

PWAs are not just like any old website apps. So, what are the overall advantages of coding your website in the shape of a PWA instead of the only plain old vanilla mobile web?

Why should you want to use a PWA?

Native apps have their advantages, but a progressive web app (PWA) has a few tricks to show too. We’ve already outlined the unique characteristics of PWAs when compared to a mobile website,

Some of the other advantages include:

•   Lower costs. Because PWAs are tweaked websites, companies do not need to spend a considerable amount of money on building a PWA. Furthermore, one PWA runs on every platform – there is no need to build separate iOS and Android PWAs. Progressive web apps also quickly scale to any device screen size.
•   URL access. Your users don’t need to visit an app store to try and find your app – you can make it simple to add a PWA to your user’s mobile device, reducing the number of steps required to get an app on your user’s phone. In contrast to native apps, it is easy to share a PWA – users share the URL of a PWA just the same way they would share a website URL.
•   SEO benefits. Finally, because PWAs are, in effect, a website, you can rely on SEO advantages with your web apps – you can boost your PWA visibility by increasing its Google visibility. In turn, your PWA can be a great way to draw in more customers.

The future of progressive web apps

One of the beautiful things about the web is the way it rapidly morphs and changes over time. Just by adding new capabilities to HTML, the entire web industry can enter new realms – like progressive web apps, for example.

PWAs are also set to undergo a lot of changes, and the features you can include in a PWA continues to evolve. For example, recently, PWAs enabled the use of dark mode, also known as night mode. Apple Pay is another exciting feature that recently became available to progressive web apps. It does appear as if the future for PWAs is a bright one.

Is a progressive web app the right choice for you?

Well, PWAs won’t come close to the full functionality of a native app. Likewise, a progressive web app won’t cost you nearly as much as a native app to develop.

It’s a trade-off. Some points you can consider

•   Stage of your business. Are you just launching your product and need to enable a mobile app urgently? PWAs may be the answer – it’s affordable, fast to get going, and cross-platform. Get your product out there in an instant, in other words. Companies with a more mature product might want to consider a native app.
•   Required features. An app that requires simple order processing or status updates could conceivably work just fine as a PWA – not an ideal choice, but perhaps the most sense gave other business imperatives. However, if your app requires high levels of constant interaction, you will need to think about a native app.
•   Budget and resources. Are you a major brand with deep pockets? Don’t stuff your users with a PWA when you can afford a glossy native app with top user experience. In contrast, startups might consider where their resources are best spent -in developing the underlying product, or in developing an app.

Only you can decide whether a PWA will do the job for your business. But, now you know just how powerful a PWA can be – and any reasons you may have had to kick-start your app is gone. PWAs can get you up and running in no time. Need some help deciding? Reach out to us here 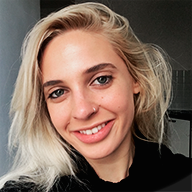 Author
Daria Аndrea
About author
Daria is a T shaped content creator who loves writing about startups, recruiting and building & scaling teams.
Recent articles by the author
Hiring Top Tech Talent In Ukraine: Why Work With a Recruitment Agency in 2021
How To Choose The Best Recruitment Agency For Your Business in 2022
Best Way To Hire Remote Tech Talent in 2021: Freelance Recruiters vs Recruitment Agencies vs DIY Hiring
Why strategy matters that much? Strategic Marketing DVZN interview
Case Study: How a Global Analytics Firm Saved Over $32,000 in Hiring A Star Senior Software Engineer with Make it in Ukraine in Just 7 Days
Why Is Now The Best Time To Set up A Development Team in Ukraine
NEXTPAGE Agency Interview